JANUARY 2022 MLS REPORT: Realtors® in the High Country are opening the year with properties “selling as fast as they come on the market”, according to local Realtor® Leslie Eason, and reports generated from the Multiple Listing Service. Inventory levels are lower than this time last year, but median selling prices are hanging steady, climbing to record highs for our area.

INVENTORY: The High Country MLS recorded 289 residential properties available for showing on January 10th, 2022. This time last year inventory was nearly double the current numbers, with reports showing there were 503 properties on the market then. This indicates that the High Country residential inventory has declined forty-two percent from January of 2021. This decline in inventory is noted across much of the nation as the realtor.com January 2022 Monthly Housing Report indicates a “national average of 28.4% drop in inventory over last year”.

RESIDENTIAL: The High Country Multiple Listing Service recorded 187 residential properties sold in Alleghany, Ashe, Avery, and Watauga Counties in January. This is a twenty-two percent decrease compared to the 241 homes that were recorded this time last year. Residential sales totaled $92,199,000 this January, which is a four percent reduction compared to $96,173,701 in sales last January. The median price of homes sold was recorded at $359,000 which is an increase of eight percent when compared to the $330,800 median sold price recorded last January.

INTEREST RATES: Mortgage rates have jumped 39% from a year ago, when we were seeing historically low rates. Current rates are reflecting numbers closer to what was seen “pre-pandemic” in March of 2020 and earlier. The mortgage giant, Freddie Mac, currently reports 30-year Fixed-Rate mortgages have increased to 3.69 percent as of February 8, 2022. 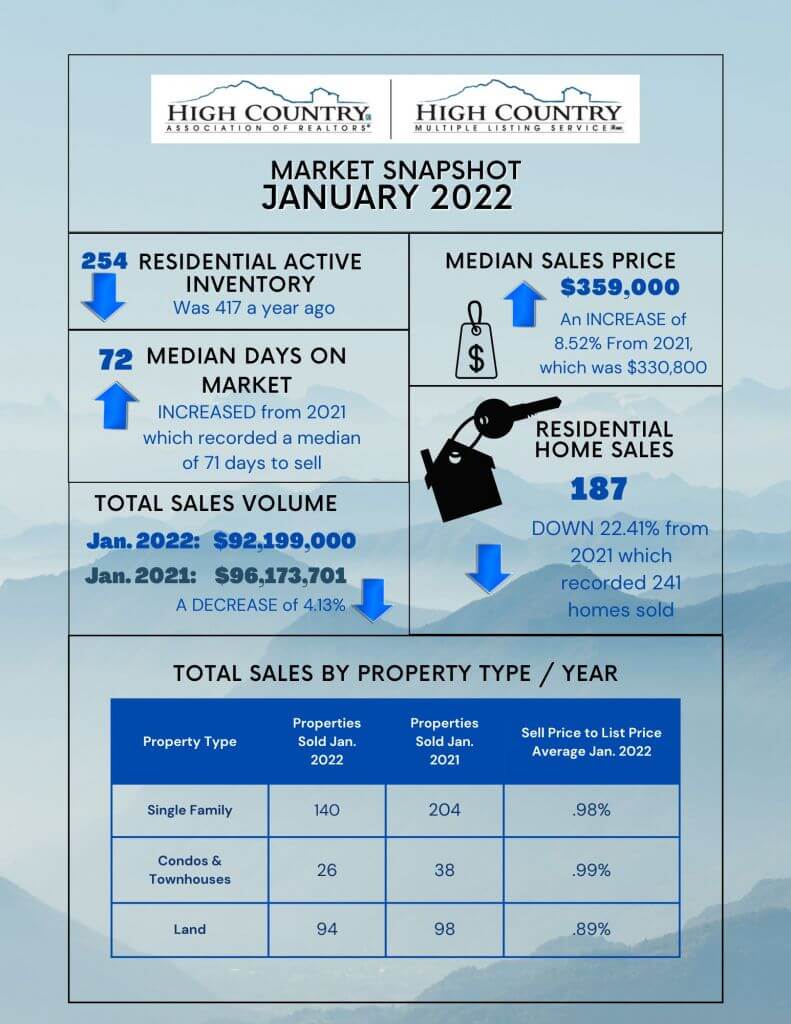 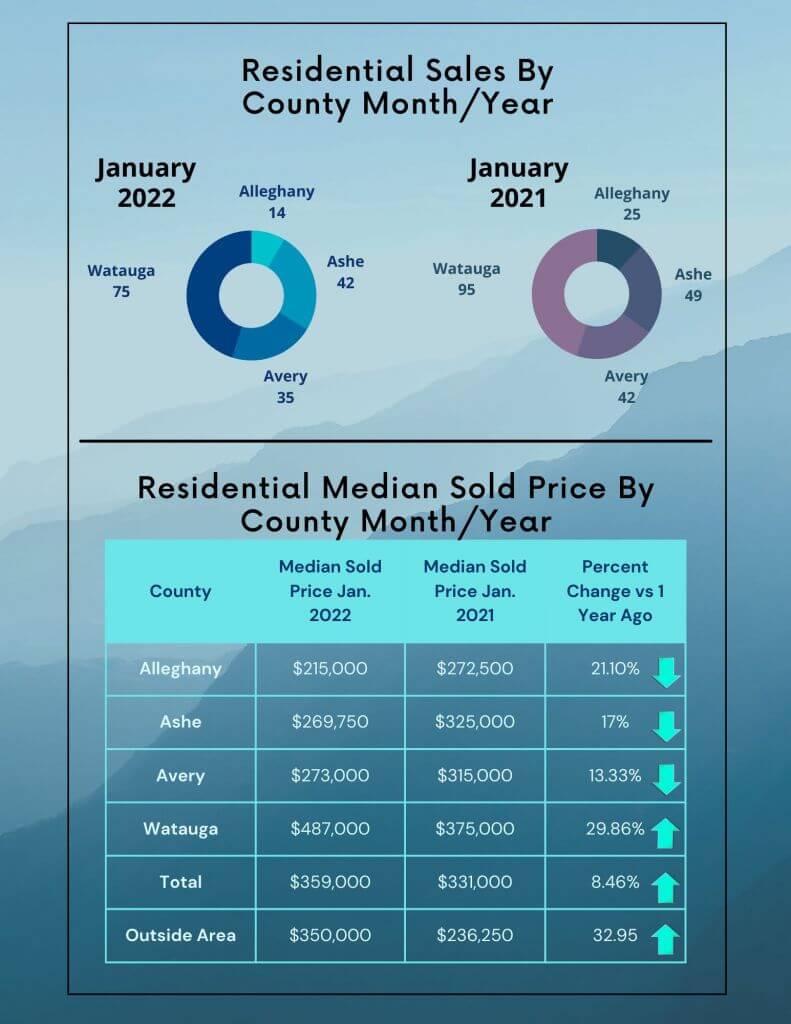